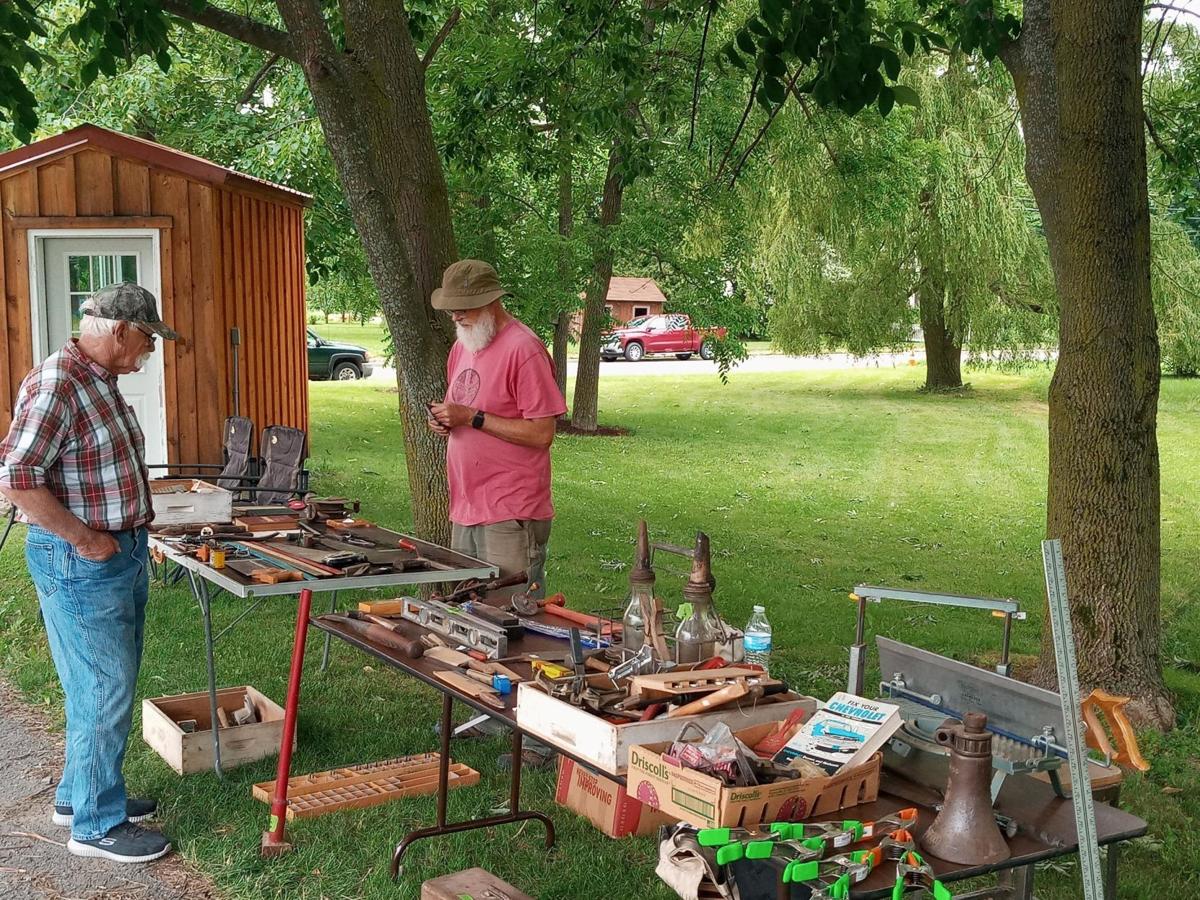 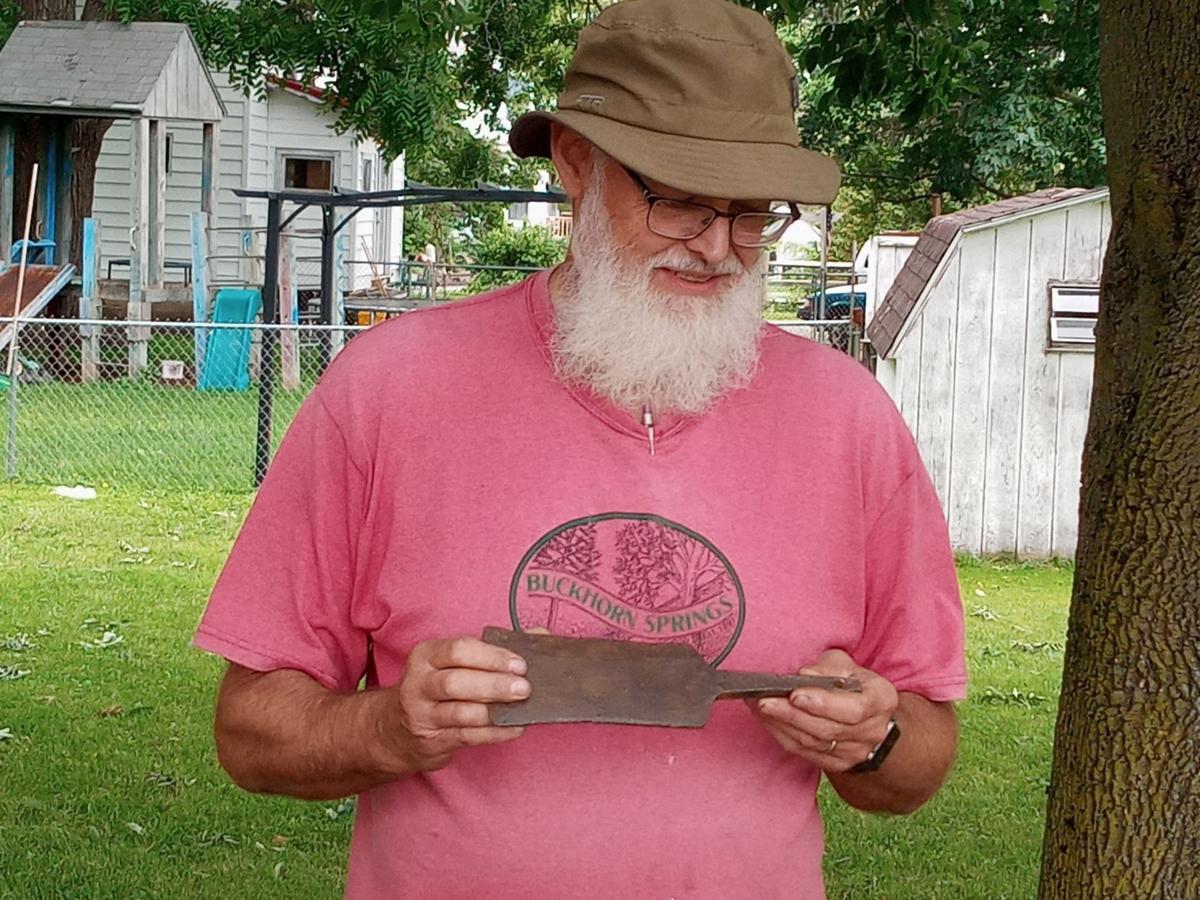 Toby Dean holds a tool at the Antique Tool and Equipment Swap Meet at the Rural Life Museum in King Ferry Saturday. 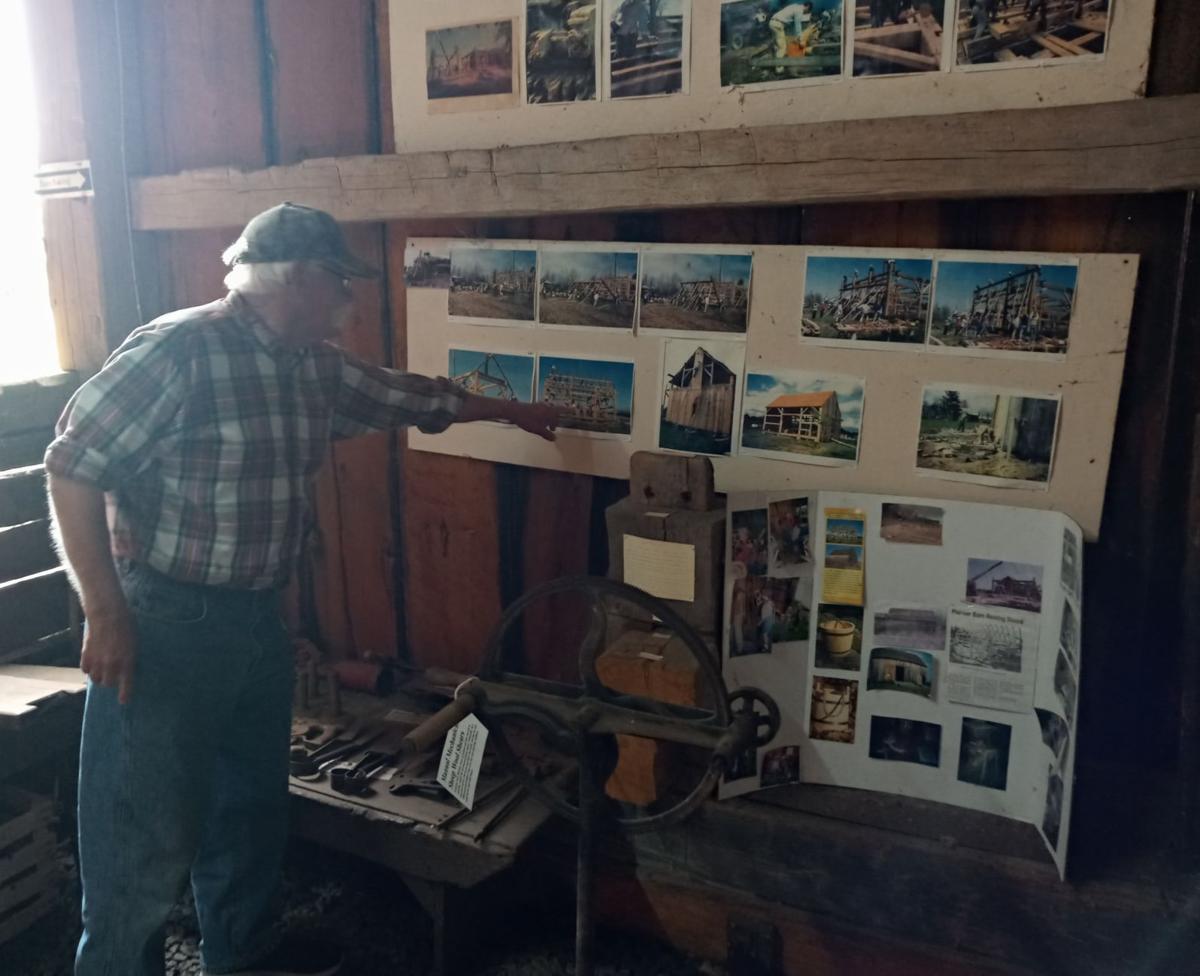 KING FERRY — Even though most of the tools Bruce Manuel had with in him in King Ferry Saturday were more than 100 years old, he said they were still useful.

Manuel and Toby Dean displayed various items at the Antique Tool and Equipment Swap Meet at the Rural Life Museum. The event allowed people to show off, trade, and sell vintage and antique tools and pieces of equipment such as small farming implements, lanterns, tractor parts, oil and gas cans and more.

One of the largest items on Manuel’s table was an old pulley, which he said he still uses. He said he believes events like this teach people about older tools and how they are used. There has been a substantial increase in recent years of people buying older barns to convert into houses or for other uses, Manuel continued, and “these old tools work the best.”

Sprawled out on Dean’s table were knives, a hammer and a “bark spud,” which takes bark off of trees. He and Manuel were also trying to determine what exactly a small item Dean brought with him was. Dean said he believes there is a demand for traditional tools.

“There’s a revival in interest in making things. It’s a hobby, not a living, but people want to work with their hands, they want to learn metal work,” he added.

Later, Anto Parseghian bought a couple of orange clamps and a machete from Dean. Parseghian, a woodworker, said he’s not a collector, but he tries to look for good deals.