There were gasps, shouts and applause in the B.C. legislature Wednesday, and not for any of the usual reasons.

Coquitlam-Port Moody MLA Rick Glumac surprised the house by proposing to his longtime girlfriend, Haven Lurbiecki, who was watching from the gallery.

“I just have one question for you: Will you marry me?”

A lengthy applause followed that drowned out Lurbiecki’s response.

“I think that was a yes,” Glumac eventually said. “In order to make it official, I’m going to the gallery.”

When the legislature calmed down, Speaker Raj Chouhan declared it the first such proposal to ever be attempted inside the house.

In the hallways outside the chamber, Lurbiecki, wearing a blue diamond on her finger, confirmed that yes, she had accepted.

Lurbiecki told reporters she had been to the legislature a few times before, and didn’t suspect anything when Glumac invited her again on Wednesday under the guise of watching him deliver some short remarks.

“Now I realize it was all just a ruse. He really got me,” Lurbiecki said, adding that she was “over the moon excited.” 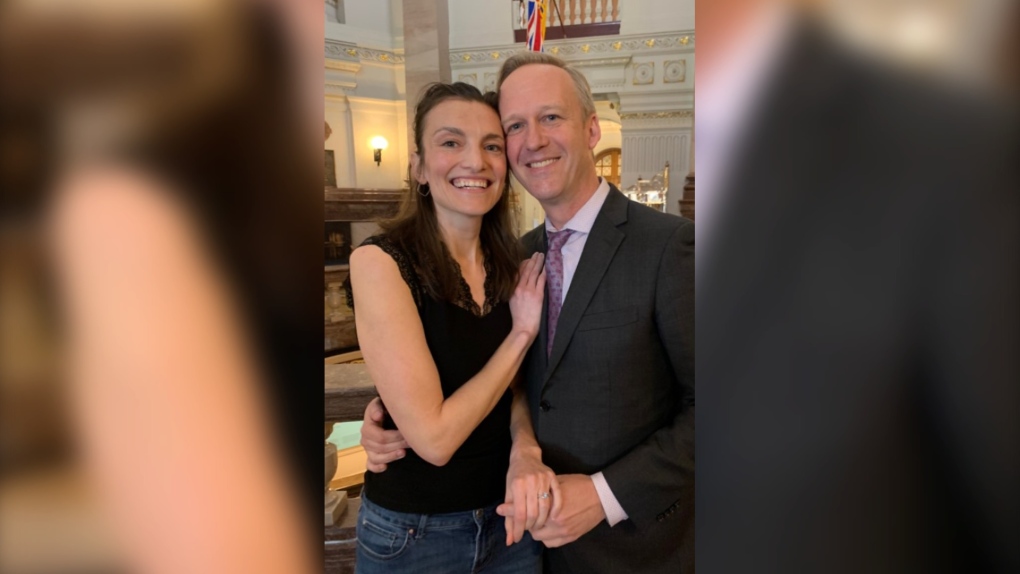 Haven Lurbiecki and MLA Rick Glumac pose in the halls of the B.C. legislature. (Twitter/@bclegspeaker)

Glumac said they met four years ago in Port Moody, and quickly realized they shared an interest in politics, which made the legislature an appropriate setting for him to pop the question.

“It’s one of the few times in Question Period that a question actually got answered,” he added.

Premier John Horgan congratulated the couple on Twitter shortly after the proposal, writing that he has “always said that watching legislature proceedings is *engaging* television.”

I have always said that watching legislature proceedings is *engaging* television.
My sincere congratulations to the happy couple – @RickGlumacBC and Haven! 🍾