A provincial election rally in Peterborough, Ont. ended with NDP Leader Jagmeet Singh receiving a barrage of insults and harassment as he made his exit.

Singh was in the area on Tuesday to promote Ontario NDP candidate Jen Deck, who’s running in the Peterborough—Kawartha riding.

As he made his way to his SUV, Singh was met by a flurry of expletives from an awaiting group of protestors who accused the federal leader of being a “traitor.”

He appeared calm and unfazed during the up-close-and-personal verbal attacks.

In a statement issued following the incident, Singh said he knew the attack is not representative of the people of Peterborough.

“I have visited many times and I know your community is filled with good people who want the best for each other,” the statement read.

Singh went on to say that “politicians must remember the consequences when they stoke fear and division.”

“When hate is given space to grow, it spreads like wild fire,” Singh added.

Peterborough police weighed in on the incident the following day calling it “disheartening,” However, they said they received no calls for service related to the protest. 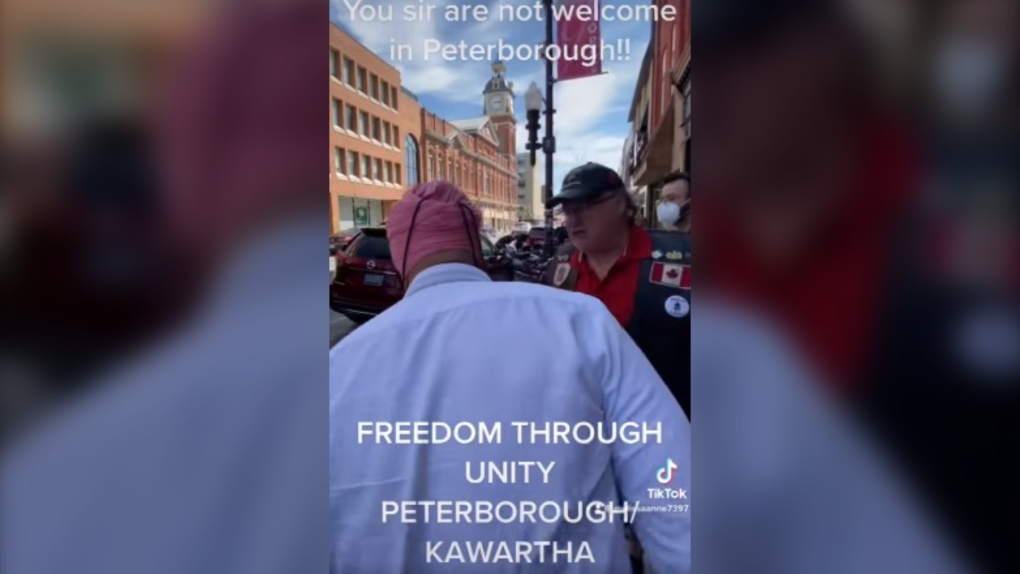 Ontario NDP Leader Andrea Horwath said Singh handled the “hate” he received with “grace” in a post to Twitter on Wednesday.

Horwath went on to say Singh and candidate Deck deserve to live and work freely, “without intimidation.”

PC candidate Dave Smith, who’s held the riding since 2018, responded to Singh’s statement saying he was “always welcome” in Peterborough and invited the leader and his family over for a BBQ.

This isn’t the first time a federal leader has been met with hostility on the campaign trail.

Before the 2021 federal election, Prime Minister Justin Trudeau was pelted with gravel during a stop in London, Ont. on Sept. 6.

Trudeau said he was not injured during the attack. Police charged Shane Marshall, 25, of St. Thomas, days later with one count of assault with a weapon in connection with the incident.