“Well, personally, I thought it was a joke,” she told CTV News in her driveway.

“My girlfriend sent it to me, and I looked at it, and I was like, ‘What? A million dollar home?’”

They are becoming more common, in fact — especially with bidding wars from outside buyers with deep pockets.

“The buyers are coming from different areas with different perspectives on the real estate market in general — and what it means to them,” said Matt Dauphinee, president-elect of the N.S. Association of Realtors.

And they’re clearly willing to pay to get it.

While the overall number of home sales is down, prices are up significantly. 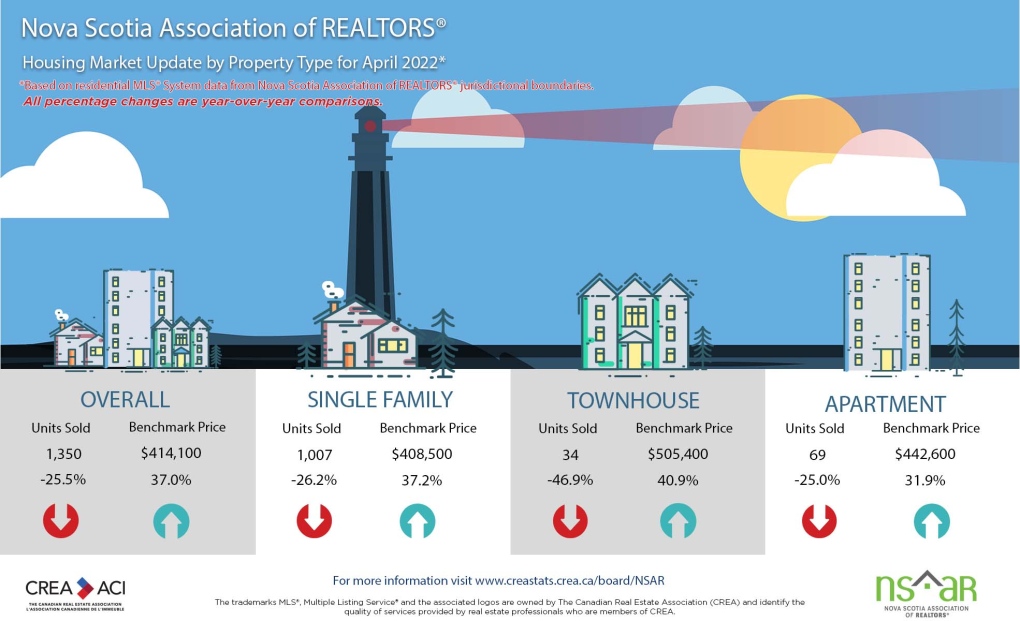 Still, it’s not that way for everyone.

“As you know, realtors want to make sure everyone has a place to call home,” said Tanya White, the group’s director of communications, via email.

“Real estate is pretty different from region to region. So while some things may go for over asking price, other things will not. A realtor can help home sellers and home buyers with their knowledge of the local market.”

Some realtors like Shane Anderson are using their considerable social media presence to offer advice to buyers who may not have unlimited money to throw at their dream homes.

“Being flexible with closing date — that’s a big one,” said Anderson via Zoom.

“Being able to do a short closing or a long closing. And something else a lot of people don’t think about is letters to the family, just explaining why you want to live in their home, why their home is so special to you,” he said.

Back in Hammonds Plains, Kim Chaisson will watch with even extra interest as her listing goes live either Wednesday or Thursday.

“Our hope is that maybe we get close to what they’re getting,” she said with a smile.

A hope that’s no longer unrealistic in a red hot real estate market that continues to surprise.