The rapper subtly announced the birth of his daughter during an interview with Howard Stern on Monday by saying he “kissed” his baby girl before heading to the studio.

Post Malone Writes His Song Lyrics While on the Toilet 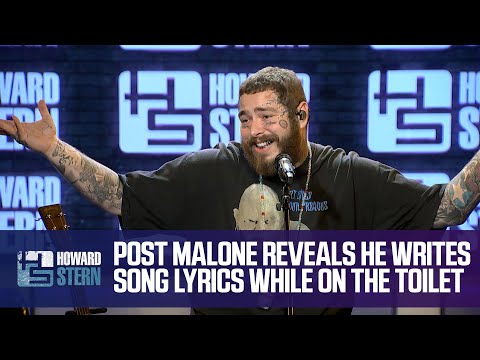 “I want to let her make her own decisions,” he said when pressed by Stern about keeping the news under wraps.

This is Malone’s first child.

He also told Stern that he and his girlfriend are engaged. (He has not shared her identity.)

The 26-year-old Grammy nominee first revealed they were expecting a child last month.

“I’m excited for this next chapter in my life, I’m the happiest I’ve ever been,” he told E! News. “Time to take care of my body and my family and friends, and spread as much love as we can every day.”

Malone, whose real name is Austin Post, grew up in Texas and has become one of the best-selling artists of all time. His numerous hit songs include “Circles,” “Rockstar” and “White Iverson.”