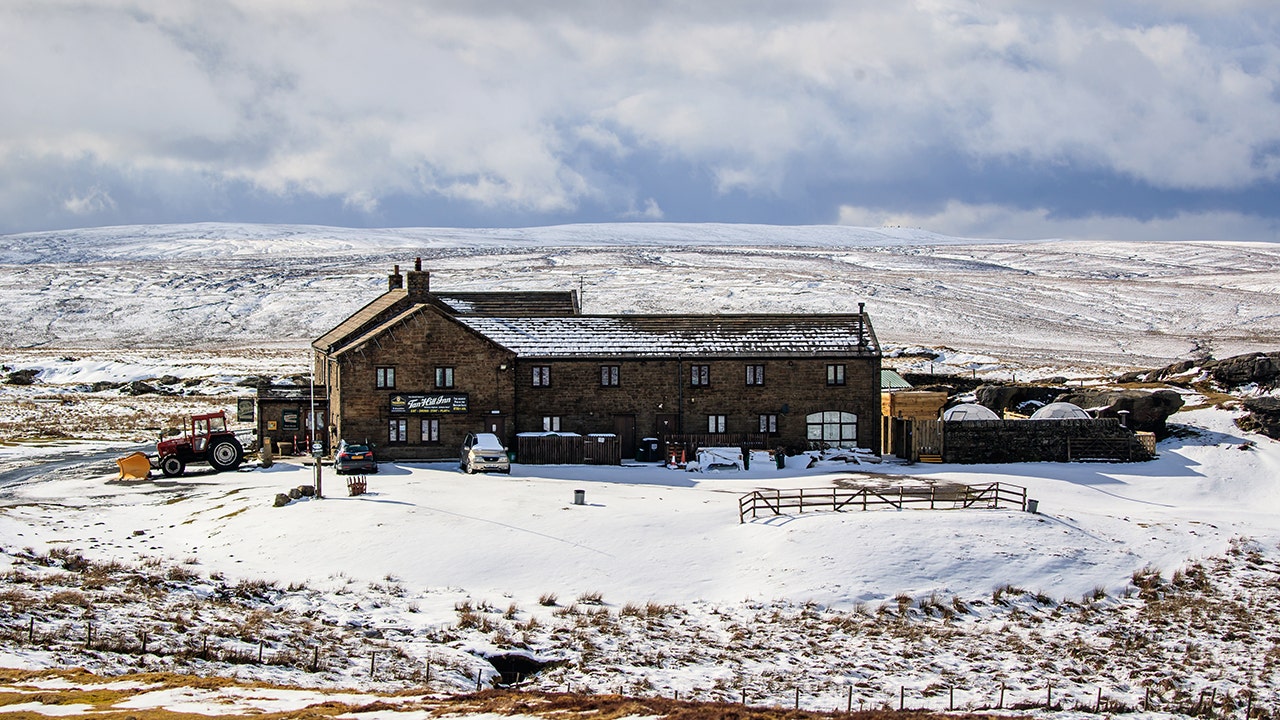 The dozens of guests who were stranded inside England’s highest pub for three nights after a massive snowstorm dumped three feet of snow during a concert by an Oasis cover band are now able to safely leave, but some decided to keep the party going – for at least one more night.