A national Sikh advocacy organization said it is prepared to take the City of Toronto to the provincial human rights tribunal if a reasonable resolution cannot be reached about its so-called “clean-shave” policy.

According to Toronto’s masking mandate, which the city most recently updated on June 22, all staff at homeless shelters and similar congregate settings who come into contact with clients suspected or confirmed to have COVID-19 or those working in settings where there is a suspected or declared outbreak of the virus must wear a N95 respiratory mask.

These masks, which need a good seal around the nose and mouth, cannot be properly fitted on individuals with a beard, City of Toronto Spokesperson Brad Ross said.

Workers who cannot abide by this directive due to creed, religious beliefs, practices, or observances are given the option of meeting with their supervisor/manager to explore other accommodations.

Balpreet Singh of the Ottawa-based World Sikh Organization (WSO) of Canada, said this “unfair and unnecessary” policy has resulted in more than 100 contracted security guards being laid off or reassigned as their faith requires they not cut or shave their hair or beard.

“Such relocations often come with a demotion in both rank and salary. In many instances, individuals who had been hired as supervisors or managers have been demoted to security guards,” WSO said in a July 4 release.

The group wants the city to review the policy and reinstate the affected workers.

“It has caused havoc in the lives of these security guards,” said Singh, who serves as WSO’s spokesperson and legal counsel.

Singh, who last month wrote to Mayor John Tory and all members of City Council to demand an “urgent resolution” to this issue, said the vast majority of the time security guards can do their job safely by wearing a medical mask, but said there may be “some very rare situations” where that’s not possible and that is understandable. 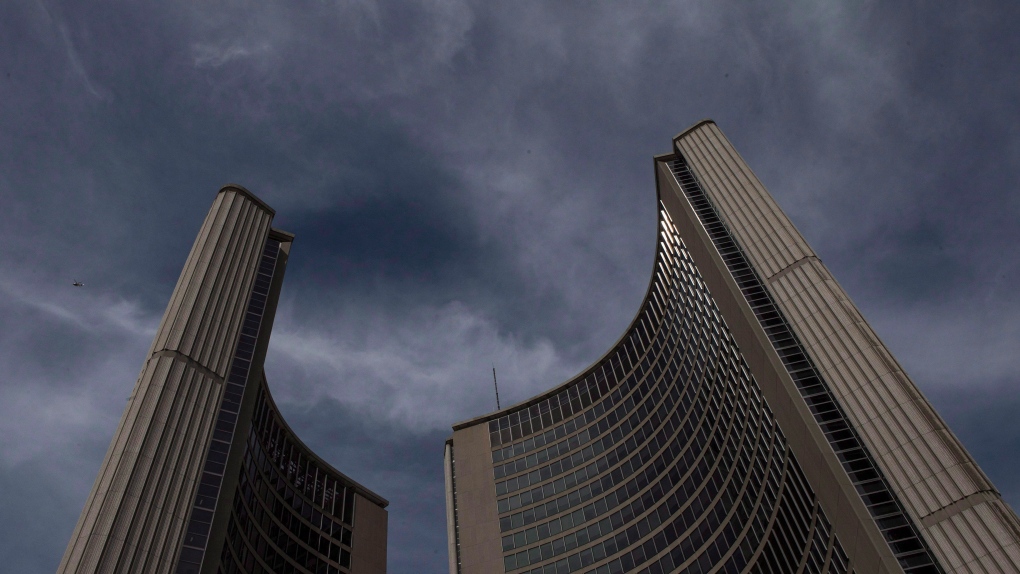 “But, kicking out over 100 guards is not the right way to do this,” he said, adding these workers “served through the height of the COVID pandemic wearing medical masks and were not required to be clean shaven.”

“The new clean shave rules have been introduced at a time when visitors to City sites are no longer required to be masked. The clean-shave requirement is also not being enforced for staff and workers at city sites,” WSO said in a release.

Speaking with CP24 Monday evening, Singh said he does not want to take the legal route, but his group has an option take the city to the Human Rights Tribunal if it does not fix the situation.

“These security guards really feel as though they’ve been used and abused, and now they’re being discarded just pretty much like garbage,” Singh said. “I mean, they worked to the height of the pandemic when their lives were actually at risk. And now, there’s been no attempt to accommodate them whatsoever.”

In a statement, Ross said one possible N95 mask accommodation is a full overhead breathing apparatus, “but City Occupational Health and Safety have advised it is not suitable for use by Security Guards due to hearing and visibility restrictions.”

“Just like City staff, then, contractors must accommodate their employees in another work location, if, for religious reasons, they cannot be clean shaven,” he said, noting the city is in the “process of reviewing the matter and making inquiries with the contractors.”

“Many of these same individuals served us through the height of the COVID pandemic They deserve to be immediately reinstated,” Singh tweeted.

Back in March 2020, bearded Sikh RCMP officers were barred from performing frontline policing duties as the organization required that all officers be fitted with N95 masks. They were allowed to return to duty in October 2020 after WSO advocated on their behalf.